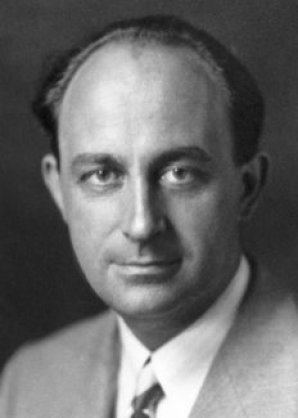 One of the greatest experts on neutrons, Enrico Fermi, was born in Rome, Italy. Much of his career achievements have led to processes we use today in modern neutron sources.

In 1934, the stage was set after James Chadwick discovered the neutron (February 1932) and Irene Joliot-Curie and Frederic Joliot successfully used alpha particles to create artificial radioactivity in elements (January 1934). Meanwhil, Fermi had been developing his new theory on beta decay which included the required transformation of a neutron into a proton in an atomic nucleus to produce an electron and neutrino. This process requires the presence of excess neutrons in the nucleus and the easiest way to do that is to bombard the nucleus with neutrons.

Fermi used a radon – beryllium neutron source, more intense than the type traditionally used, and in March 1934 became the first person to induce artificial radioactivity using neutrons rather than alpha particles. He managed to achieve this in 37 out of 63 chemical elements through neutron bombardment.

In October 1934, Fermi also discovered how to slow neutrons down when he placed some paraffin wax between the neutron source and the target. This made the neutrons more easily captured by the nucleus and led to more effective radioactive decay. He won the Nobel Prize for this discovery four years later in 1938. In modern neutron reactors, understanding how to slow neutrons down is important for designing shielding and moderators – often for safety considerations or scientific experiments that require slow neutrons.

Not long after these early discoveries, Fermi moved to the US and soon became involved with The Manhattan project. He led the team (1942) that created the first controlled nuclear chain reaction when they constructed the world’s first nuclear reactor: Chicago Pile-1, for which he and Leo Szilard jointly hold the patent. Now there are 100s of nuclear reactors worldwide.

And if all these discoveries weren’t enough to celebrate his life with, Fermi also organised the first ever international conference on nuclear physics. It was held in Rome on 18th October 1931.