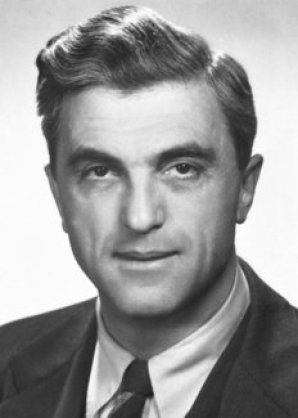 Felix Bloch was born in Zurich in Switzerland. During his career as a physicist he worked in Switzerland, Germany, Denmark, The Netherlands, Italy and eventually the USA from 1934. This travel enabled him to work with famous physicists: Peter Debye, Werner Heisenburg (as his first graduate student), Wolfgang Pauli, Enrico Fermi, Neils Bohr and Robert Oppenheimer among them.

His field of expertise was in superconductivity and magnetism and his name is most associated with “Bloch waves” to describe electrons in periodic lattices and “Bloch Walls” when Bloch worked out the thickness and structure of the boundary walls between domains of magnetism in ferromagnets.

While at Stanford University (USA), Bloch first described the theory of magnetic scattering of neutrons and how it could lead to a beam of polarized neutrons. Further development of these ideas led him and Luis Alvarez to determine the magnetic moment of the neutron in a cyclotron experiment in 1939.

13 years later, Bloch and Edward Mills Purcell shared the 1952 Nobel Prize in physics for their invention of nuclear magnetic resonance (NMR) techniques that are nowadays used to study chemical bonding and biological processes. Moreover, a commonly used medical imaging method – magnetic resonance imaging, or MRI – has since been developed by P. C. Lauterbur based on the Bloch technique.

As well as significantly contributing to physics almost everywhere he worked (other contributions include the Bethe-Bloch formula to describe the stopping of charged particles in matter and the theory of “Spin Waves”), Bloch was also elected president of the American Physical Society in 1965 and served as the first Director General of CERN in Geneva (1954).