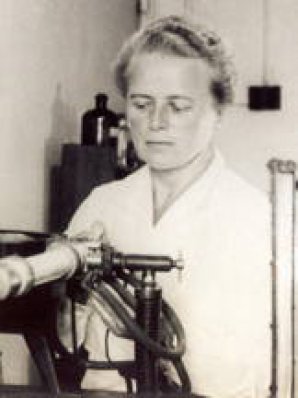 She studied at the technical University of Berlin and later worked with Walter Noddack, together discovering the element rhenium.

She was the first person to propose the concept of nuclear fission when commenting on experiments performed by Enrico Fermi (On Element 93, Dr. Ida Noddack, Zeitschrift fur Angewandte Chemie, Volume 47, p. 653 (September, 1934)) suggesting that bombarding uranium with neutrons could break the atom into larger fragments than previously thought and actually produce smaller nuclei.

However, this was such an unaccepted view in nuclear physics at the time that her proposal was ignored. It was only when Otto Hahn and Fritz Strassmann proved it possible in their 1938 experiments that it was deemed possible.