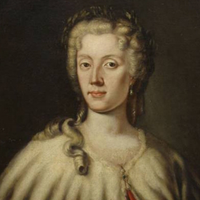 Laura Maria Caterina Bassi Veratti was born in Bologna, Italy. She is famous for becoming the first woman to become a professor in physics at a European university.

A child prodigy, she was privately educated from the age of 13. She eventually defended her PhD thesis in 1732, the second woman in the world to gain a doctorate. Her research work was greatly influenced by Isaac Newton.

In the same year she was awarded an honorary post at the University of Bologna as a professor in physics and was the first woman to be elected to the Bologna Academy of Sciences. Initially she was only an honorary member but later, in 1745, she became the only female member of the special Benedettini group of scientists who regularly presented their research work.

In 1738 she married Giuseppe Veratti, who was a fellow physics lecturer at the university. As a woman, she was not allowed to teach at the university but that did not deter her from presenting lectures and experimental demonstrations at home. She and Giuseppe had eight children, five of whom survived. Laura Bassi fought continuously to obtain equal conditions in teaching for women in Italy and across the world, in a time when academia was an exclusively male environment.

As a result of her scientific work Laura was awarded the chair of experimental physics at the University of Bologna in 1776 – the first woman ever to be given this status.

Nowadays the ability for women to continue into scientific research careers is vastly improved, but more work can always be done to make all research environments equal in terms of gender. There are many women working in neutron science and you can read profiles from some of them on neutronsources.org/Women in Science. If you would like to add your profile to the list, we would love to hear from you. Just contact info@neutronsources.org for more information.