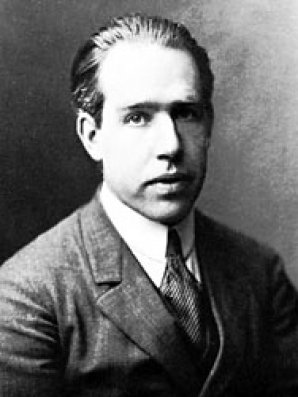 Bohr is best known for his contributions in Physics and winning the Nobel Prize in Physics in 1922 for extraordinary contributions to the investigation of the structure of atoms and of the radiation emanating from them.

His family background was a field of education and his father was nominated twice for the Nobel Prize, which persuaded him to study physics.

He obtained his PhD on the electron theory of metals in 1911. That is when he encountered Plank’s quantum theory of radiation. Bohr stayed at the University of Manchester working with Ernst Rutherford and presented a picture of atomic structure later called the Bohr atomic model.

Just four months after moving to the US in 1938, Bohr had figured out the fission of Uranium. By 1939, nuclear fission had set pace in the world of physics. Bohr was the most important researcher in nuclear fission during the World War in the manufacture of the atomic bombs.

His research was recognized by the 1922 Nobel Prize. The experiment which was being conducted by Bohr, Hungarian physical chemist Georg Hevesy and physicist Dirk Coster from Holland in his Bohr Institute soon accomplished higher goals in 1923. This experiment proved the strengths of Bohr’s theory and his words about the element called Hafinum.

Bohr married Margrethe Norlund in 1912 and had six sons. Bohr has left an unsurpassed legacy behind and leading centers for theoretical physics in the world.