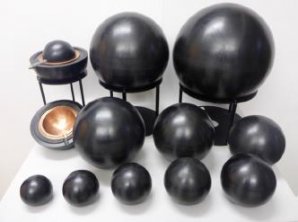 For the E-tools work package, PSI was tasked with an extensive evaluation of detector systems for characterizing high-energy neutron backgrounds. They looked at four different detector types and selected a multi-sphere system, so-called the Bonner Sphere Spectrometer (BSS), due to its wide energy range from 1 meV to 20 MeV, usability and manoeuvrability. The scientific team at PSI, Uwe Filges and Masako Yamada, has developed an in-house BSS system under the internal collaboration and conducted various neutron-field measurements inside and outside of PSI. However, the interesting energy range at large neutron facilities goes up to only a few GeV. Therefore, PSI team has worked on the extension of the upper limit of the energy range to 100 GeV.

The standard BSS is composed of a set of moderating polyethylene (PE) spheres of varying radii and a thermal neuron He-3 counter (SP9/152/Kr/0916-21, Centronic). Each sphere moderates high-energy neutrons down to thermal energy range to the degree depending on its radius. Moderated thermal neutrons are detected by placing the counter in the middle of the spheres. The count-rate suite is unfolded to the neutron spectrum using well-described response-functions of the spheres.

The BSS system is widely used at nuclear reactors, powerplants, and medical facilities due to its wide energy range, isotropic response and usability. Furthermore, it has the potential to extend the upper energy limit to 100 GeV.

The elastic scattering cross-section of hydrogen above 10 MeV drops below 1 barn. To extend the upper energy range, metal inlays such as copper and lead need to be incorporated to add (n, xn) reactions in a higher energy regime.

The inlays or “coquilles”.

To avoid severe activation by neutrons during measurements, pure lead (>99.9%) with very low antimony content was chosen for the inlay. However, pure lead is very soft material and is not easy to be machined into a spherical shape. Instead, the lead was melted and cast into “coquilles” or shells that could be placed inside the PE spheres of the detector.

These coquilles were technically challenging to produce. Lead melts between 328-336 ˚C so the casting needs to be carefully temperature-controlled. Safety was paramount as lead is very toxic, especially if it is inhaled. The lead was poured into a casting mould and cooled to make the final inlays. The process involved much trial and error and adaptation to overcome problems with melting the lead and achieving density homogeneity of the shell material.

As well as the lead inlays, Cu inlays have also been incorporated into the spheres to fill the continuous energy range.

The PSI team conducted test measurements of the extended BSS system at two different facilities: the spallation source SINQ at PSI and the small research reactor AKR-2 at TU Dresden. Compared to the standard system, the energy range of the modified BSS has now been extended up to 5 GeV. Additionally, measurements and simulations agreed well. The SINE2020-developed BSS is now being systematically used at SINQ@PSI.