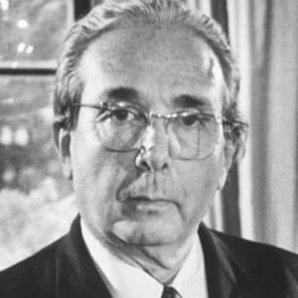 Born in Budapest, Hungary as Leo Spitz, Leo Szilard contributed greatly to the development of nuclear technology. He initially studied engineering in his home country but the political instability of the inter-war years meant that Leo Szilard soon moved to Berlin, Germany – switching to the study of physics – and later to England. It was here that in 1933 he theorized that if neutrons (recently discovered by James Chadwick) could initiate a reaction that released both energy and neutrons, the reaction could be self-sustaining – thus presenting the nuclear chain reaction theory for which he filed a patent.

Leo was later able to put his theory into practice when he moved to the USA in 1938. He was here when he heard about the discovery of nuclear fission in Germany and soon believed that uranium would be the element he required to effectively sustain his chain reaction. His following research also concluded that the reaction was more effective when the neutrons were slowed down using a moderator like graphite or heavy water. He inadvertently discovered Boron’s neutron absorbing properties when it was used as an impurity in graphite, rendering the graphite useless.

Leo was involved in The Manhattan Project where he worked with Fermi to produce the first controlled nuclear chain reaction in the first nuclear reactor: Chicago Pile-1. It was built under a disused rackets court in the middle of the University of Chicago campus and on 2nd December 1942 they created the world’s first self-sustaining chain reaction. Enrico Fermi and Szilard jointly received the patent for this achievement.

Throughout all his pioneering research, Leo Szilard was always aware of the dangers and destructiveness of his work and against the use of these discoveries in military weapons. He regularly campaigned for peaceful applications of atomic energy.