France: The Mantid Project (Manipulation and Analysis Toolkit for Instrumentation Data) at the ILL 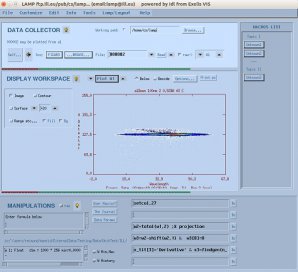 Neutron sources and neutron techniques have progressed impressively over the past half century but often the software that controls the instrumentation and, more often, that analyses the data alongside it has evolved into its own isolated ecosystem. Such software is often inefficiently coded due to lack of time and programming experience, and may be neither systematically tested nor version controlled – sometimes not documented either. This means that when users from the outside community try to use the software, they are not familiar with it. The time it takes to learn the software’s idiosyncrasies can eat into beam-time and require more time from the instrument responsible scientists to help treat the experimental data.

The solution: create an open source, widely-distributed, professionally robust software that a large community knows how to use and where support is guaranteed. The challenge: to incorporate all the features the instrument scientists (potentially protective of their old software) need, make it easy to use – and sell the extra benefits (e.g. model of the 3D instrument, existing functionality and graphical user interfaces) that come with this new software to them.

This is what Verena Reimund at ILL, Grenoble, is working on for SINE2020’s Data Treatment work package. The goal is to replace ILL’s data reduction software LAMP (Large Array Manipulation Program) with Mantid. LAMP support will stop soon. Integrated into the scientific software group, and working with two more Mantid developers, she is participating in on-going discussions with the instrument scientists and validation of Mantid by comparing against LAMP. This is a vital part of the process to ensure that Mantid is fit for purpose and worth the effort of the initial exchange. 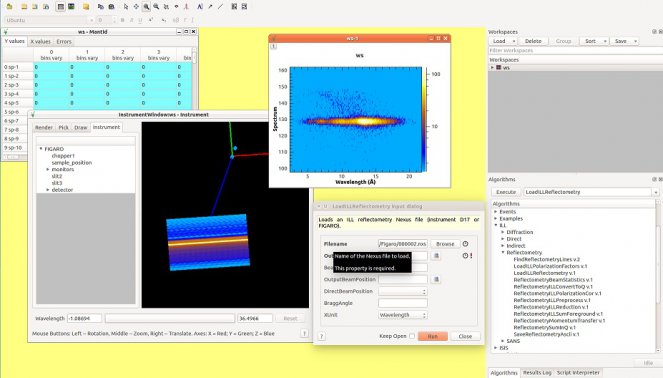 Mantid supports high-performance computing and visualisation of material science data. It is free software (Copyright: ISIS Rutherford Appleton Laboratory UKRI, NScD Oak Ridge National Laboratory, European Spallation Source & Institut Laue – Langevin, SPDX – License – Identifier: GPL – 3.0+) that has been created to manipulate and analyse Neutron and Muon scattering data. Mantid has been around for more than 10 years and is written and rigorously tested by the software development team – a collaboration project between large scale scientific facilities. It has a C++ core which can be accessed via a Graphical User Interface (GUI) and via Python scripts.

Already being used world-wide, ILL’s scientists and users are becoming more receptive to ILL’s specific part of Mantid, due to its great potential to provide additional capabilities compared to older software. Techniques which can already profit from Mantid are Backscattering Spectrometry, Time-Of-Flight Spectrometry, Powder Diffractometry, Reflectometry, and SANS (Small-Angle Scattering). One of the next steps for the ILL Mantid project team is the development of ILL custom, user-friendly Graphical User Interfaces (GUI’s) and the addition of simulation capabilities. Software maintenance and validation must be foreseen in the future as well as supporting more instruments at the ILL.