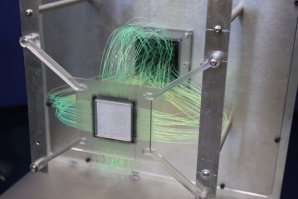 Detectors for reflectometry need to detect a lot of neutrons in a very short space of time. This means they need to be designed with very high count rate capabilities. Unfortunately, current detectors need to improve to meet the demands of reflectometry experiments.

Neutron detectors that use ZnS:Ag / 6LiF scintillators are commonly used as it emits bright light when a neutron hits it. The light is then collected by a wavelength shifting (WLS) fibre and transferred to a photomultiplier tube (PMT) where it is converted to electrical signals.

Scintillation detectors that use ZnS:Ag are not optimal because there is an afterglow associated with the scintillator which limits the rate capability to 20kHz per photomultiplier tube (PMT) channel. SINE2020 has enabled Jeff Sykora, Erik Schooneveld, Nick Fergusson, Sarah Mann, Martin Sharkey and Nigel Rhodes at ISIS in the UK to design a ZnS:Ag/6LiF based scintillator detector with WLS fibre readout connected to multianode (MA) PMTs with the aim to simultaneously increase this rate capability and reduce cost (Figure 1).

It turns out that reflectometers will typically only spread high rates of neutrons over 1-3 lines (or detector pixels) across the face of the detector. The conventional design of a detector only allows the bright scintillation light to be picked up by a few PMT channels making a high neutron count rate impossible due to detector dead time. If this high intensity could be distributed across all the PMTs, rather than just a few, the rate capability could be increased.

The team created a detector with 128 crossed fibres that cover an active area 32 × 32mm2 and are divided into 4096 pixels. The fibres are connected to two 64 channel MA PMTs. The assembly can be easily rotated in the neutron beam so the intense lines can be spread across a variable number of PMT channels at will.

So the team decided to try out a new approach to improve the rate capability instead. Why not segment the detector area in a way that allows individual detector pixels to be optically isolated? This compromises resolution in the horizontal direction but helps to eliminate ghosting. This is what the researchers did with their high aspect ratio 2 dimensional (SHARD2) detector.

They divided the detector’s 64 × 64 mm2 active area into four 16mm wide columns or segments (Figure 2). Each segment was then covered with 64 1mm diameter WLS fibers, which were each connected to a 64 channel MA PMT, forming a pixel (Figure 3). The fibres and the segments were optically isolated from each other by thin stainless steel foil to avoid the spread of light from one fibre to another. This means that the PMT will only be able to detect neutron events occurring exactly over that single fibre. Scintillator sheets mounted directly in front of and behind the fibres then completed the arrangement. 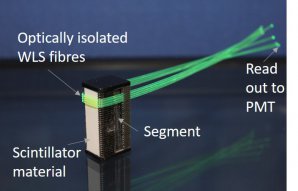 Figure 3 One segment covered with some WLS fibres

Compared to non-segmented detectors, the rate capability was more than a factor of 4 better when tested on the INTER beamline. There was very little ghosting, and that which did occur should be easy to eliminate using improved electronics. Currently the position resolution is 1mm and the rate capability is now a few kHz/mm2.

An advantage of the segmentation is that there is the possibility of making only a small part of it capable of detecting a very high neutron rate. You just have to make sure the intense beam falls on this high rate section of the detector. Development then only needs to concentrate on improving the rate capability in one part of the detector which will be cheaper and take up less equipment space than if you tried to make the entire active area able to detect these higher rates.

You can see this idea depicted in Figure 4 where the right side of the PMT fibre coding block has been set up with more WLS fibers to create more pixels. In the left hand area of the fibre-coding block, ghosting is eliminated and has a larger rate capability than on the right side. The detector corresponding to this fibre coding scheme is shown in Figure 5.

The next development step from ISIS is moving to 0.5 mm position resolution with vacuum compatible mechanics. The first detector of this new concept will be a solution for the INTER reflectometer at ISIS allowing the beamline to take advantage of their new guide and subsequent increase in flux. ISIS is funding the development work for variations on the SHARD2 concept in 4 of their reflectometers. 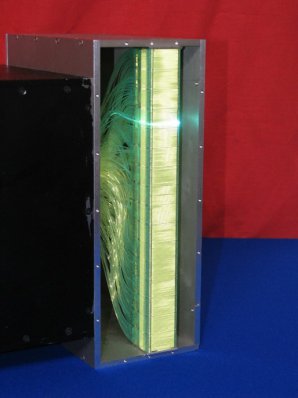 Figure 5 1mm position resolution prototype detector with a single fibre illuminated with blue laser light. The fibre coding block in Figure.4 is from this detector.