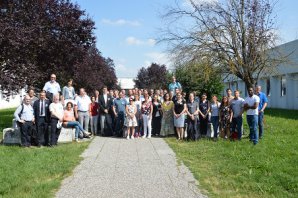 For the second SINE2020 General Assembly our Italian partner the University of Parma were our hosts from 5-6th June 2018.

Scientists from all 10 Work Packages gathered to discuss their progress so far. Here are some updates that were reported from:

And the six research and development strands:

Our Project Manager, Miriam Förster, and Project Coordinator, Martin Böhm – in this role since October 2016 – have kept the project in order by following up on deliverables, milestones, meeting recording and budget-related issues. And of course they collected information and compiled SINE2020's 1st Periodic Review covering the first 18 months of the project. 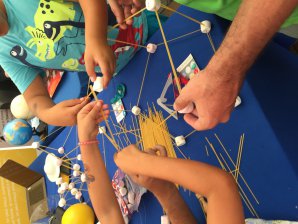 Anke Görg, SINE2020's second Information Manager, has been reporting news from all the other work packages through the year via the project's social media channels (Facebook, Twitter, LinkedIn and Youtube), news articles and website updates on www.sine2020.eu and neutronsources.org.

Another role of this Work Package is to assist some of the other Work Packages with their tasks. Logos and templates for SINE2020 presentations, reports and other documents have been kept up-to-date and Anke has helped design Vouchers and Case Studies for Industry Consultancy to promote their Calls for Feasibility Study applications and SYNERGI2018. And of course there were also Calls for Introductory and Advanced Schools for Work Package 3: e-learning and Schools.

Finally, Anke also announced SINE2020's participation in The Olympic Games of Neutrons and Photons on 10-15 July 2018 at the Science in the City Festival in Toulouse, France. This event has been held and a report of the event can be read on the MLZ website. 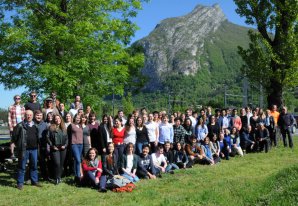 The purpose of the e-learning platform e-neutrons.org is to provide free training materials for those unable to attend hands-on courses and to encourage new users to the community.

Ongoing content development of e-neutrons.org was reported, including 10 new topics in neutrons and 6 new topics in muons. There has also been collaboration with the Data Treatment Software Work Package.

Work is also advancing on the virtual platform with plenty of virtual instruments and experiments available for use, including relevant training material.

SINE2020 money has helped fund Schools that otherwise may not have been able to run and have helped grow the neutron and muon community. The Schools also increase participation opportunities for scientists in countries without national neutron sources. Unfortunately, there has been no participation in these Schools from Industry yet. A surplus in the budget has been transferred to the virtual instruments project in e-learning.

To date there have been at least 24 Schools organised with more to come in the next year. 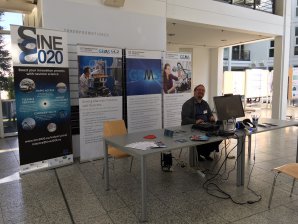 Marc Thiry reported on the efforts of the Industry Consultancy team, including Caroline Boudou SINE2020's Industrial Liaison Officer. They have been busy attending 35 Industrial events to promote what neutron experiments can offer industrial companies, and organising 6 events of their own, including SYNERGI2018 in Amsterdam.

25 free feasibility studies for industry were accepted from 34 applications and now several Case Studies from the work have been published, with more to come. One company, Biomodics, has even returned for more studies, this time as a paying customer.

SINE2020 are also involved with EARIV the European Analytical Research Infrastructures Village, a joint initiative with other projects to promote the relationship between ARIs and Industry. 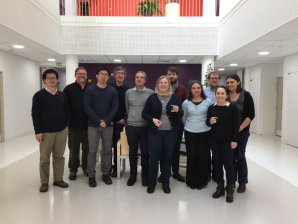 The set-up of the European Deuteration Network DEUNET has now led to further developments in the community such as a newsletter, blog and user survey to understand the deuteration needs of different users and organisations. You can find out more on their website https://deuteration.net/

The synthesis projects that form part of this work package are also making good progress: the synthesis of deuterated polythiophenes and polylactic acid synthesis of surfactants at ISIS for non-UK users and a novel route for isoprene synthesis. 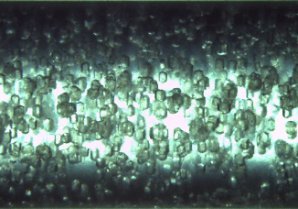 The aim of the Crystal Growth team is to develop reliable methods of growing good quality crystals suitable for studying with neutrons.

One design being developed is for a robotic system for the purpose of protein crystallization with the ability to run many experiments at once. Given that the time for a crystallization experiment can take anywhere between a few days or several months to complete, high throughput is a necessity. The instrument is designed to be scalable and to allow for the simultaneous exploration of up to 240 crystallization conditions for one or multiple proteins of interest at a time. 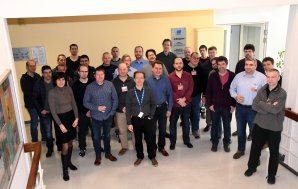 Other developments included: Cryostats and furnaces that are now 3 to 5 times faster whilst producing up to 3 times less background, a great improvement in efficiency; Muon instruments that can now perform experiments at 50% higher pressures on larger samples and neutron scattering clamp cells are going to follow the same route; NMR experiments combined with neutron scattering are now possible and muonium chemistry is becoming a reality. 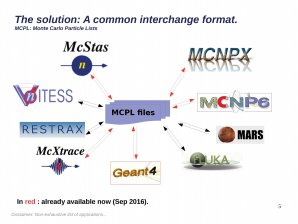 Peter Willendrup reported that the team has been working on improved code interfaces including incorporation into the McStas simulation software package. Computational tests are also underway.

The Laminated Shielding Concept simulation deliverable has been completed and the investigation into new shielding materials for instruments at PSI and ESS have led to some good candidates being identified. 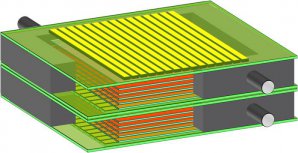 The work package team have been talking to industry and the wider neutron and muon community in order to promote collaboration and communication in relation to new and improved detector technologies and future requirements.

Work is continuing on Scintillation detectors and microstrip gas chambers in order to improve resolution and capabilities.

Several different types of Emergent Neutron detectors have been developed and in many cases prototypes have been built and tested, for example Resistive Plate Chambers incorporating 10-Boron, Silicon Photomultipliers and Micromegas detectors. 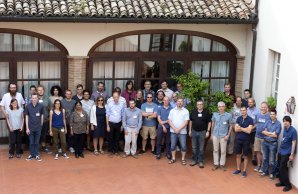 The key milestones of this work package: Workshops I and II have been held and Workshop III was scheduled for the day after the General Assembly. You can read the report here.

The deliverable Guidelines and Standards has been produced and is available to download on this page.

There has been a demonstration of Mantid for continuum sources and Phase I neutron data treatment software that is ready for user testing. The work package has also held various user and developer meetings and SINE2020 relevant software links can be found here.

Photos from the General Assembly event