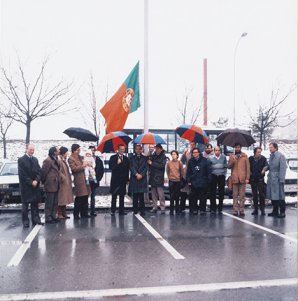 LIP: Laboratory of Instrumentation and Experimental Physics of Particles based at the University of Coimbra has existed since the founding of the Laboratory in May 1986 with Portugal’s accession to CERN – the first international scientific organization Portugal joined. LIP thus has a place in its own right in the history of research in Portugal, particularly in the internationalization of science and the enormous boost in advanced training.

The development of new instruments and methods related to experimental particle physics is one of the main pillars of activity at LIP. Over the years, LIP has built a high level of expertise in key radiation detection technologies, supported by research on the fundamental processes involved. It particularly specializes in gaseous and Xenon-based detectors, optical fiber calorimeters, radiation detection systems for Health and Space applications and, most importantly for SINE2020, Resistive Plate Chambers (RPC) – its contribution to Work Package 9: Detectors.

Resistive Plate Chambers (RPC) are versatile detectors with a fast response, intrinsically radiation hard, and all provided at a relatively low cost. Over the last few years, LIP’s Detector R&D group have developed a coherent and ambitious R&D line of work that took the performance and the flexibility of RPCs to a new level. This expanded the range of RPC applications to several areas widely recognized as addressing societal challenges, from nuclear and particle physics to medical physics, from rugged outdoor muon detection to systems to helium-free neutron detectors, confirming LIP as a world leader in the development, design and construction of RPCs.

Specific project examples include a TOFtracker device for muon tomography of cargo containers at harbours and devices that can be used in remote locations e.g. a cosmic ray telescope in Antarctica. Of course the one we are most concerned about at SINE2020 is RPCs that can be used as neutron detectors. Find out more in our next installment.

Other articles: General Assembly in Coimbra, RPC Results so far